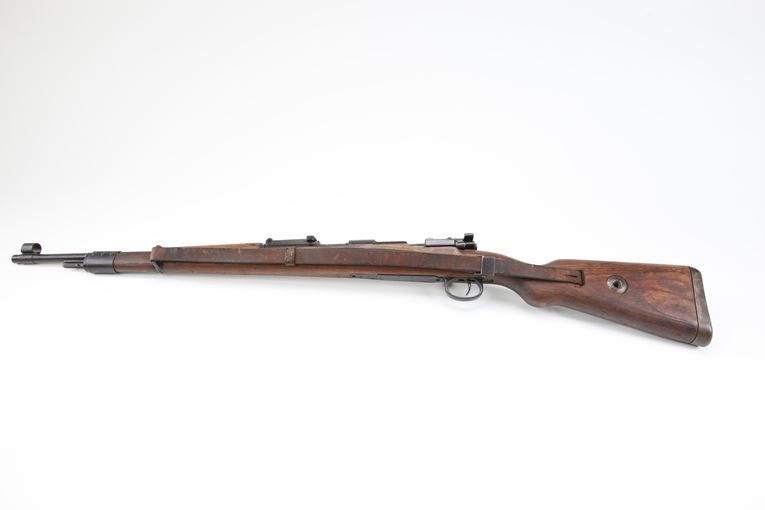 This late-war production Karibiner 98k, built at the Steyr factory in Austria, was captured during the Second World War by an American soldier during the Battle of the Bulge. SN 1866