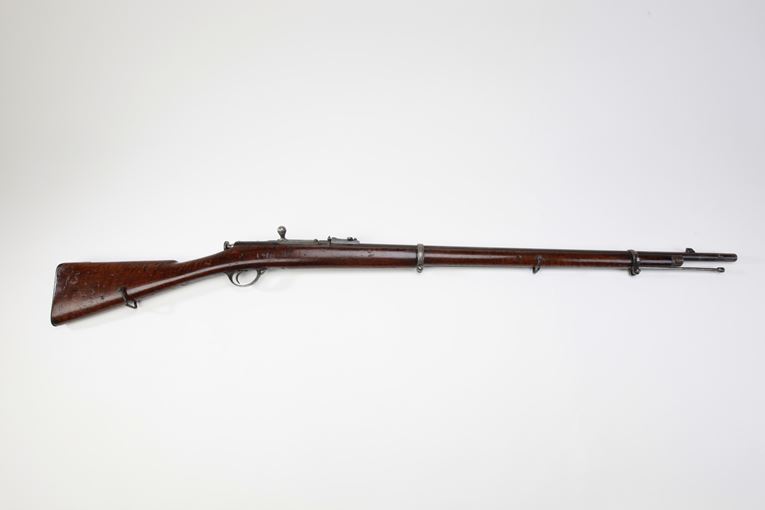 This single-shot bolt action rifle was designed by noted American marksman Hiram Berdan, who organized the 1st and 2nd companies of the United States Sharp Shooters during the American Civil War. Berdan devoted his talents to rifle design in the years after the war, and some of these were purchased by the Tsarist government of 19th century Russia.