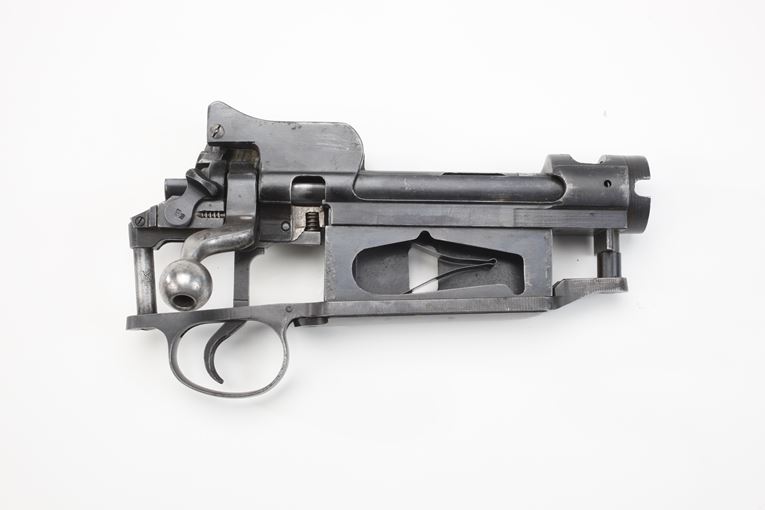 This military cutaway action was specially modified to illustrate the internal workings of this rifle. SN 7

Britain's involvement in the First World War prevented full-scale production in England, but the .303 British caliber P-14, later designated the Model 3, was produced in great numbers under contract in the United States by Winchester and Remington, and at Eddystone Arsenal in Pennsylvania. P-14 and No. 1 rifles served as the workhorses for British, Canadian, Australian, and New Zealand troops during the war. More accurate than the No. 1, many P-14s were fitted with Aldis or Pattern 1918 telescopic sights for use by the British Army as sniper rifles.