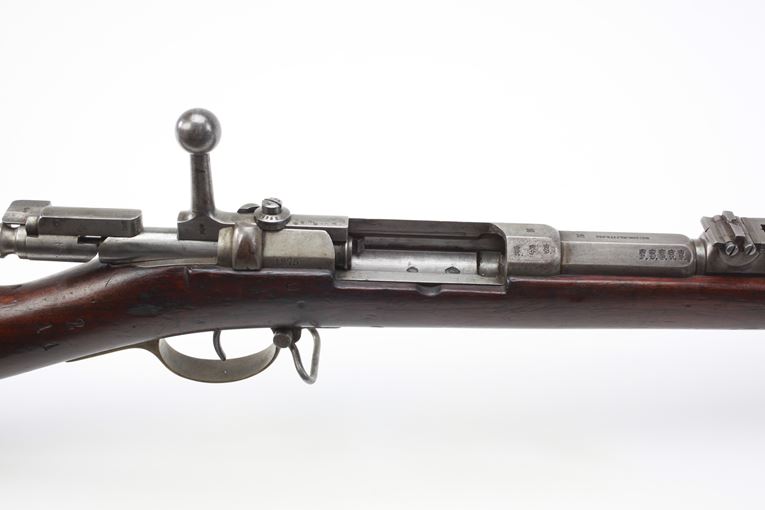 Lt. Colonel Durrell Greene's breechloading rifle design was the first bolt-action design adopted by the US Army's Ordnance office. This rifle features an oval bore with Lancaster-style rifling. Only 900 Greene rifles were to be purchased by the US Army and delivered in March of 1863. Although other small quantities were purchased by state militia units, this design had problems with the percussion cap cone being situated underneath the barrel.


In order to fire the Green rifle, the bore had to be sealed at the back, requiring the use of two bullets per firing. Despite limited American acceptance, 3000 Greene rifles were reportedly sold to the Russian government.