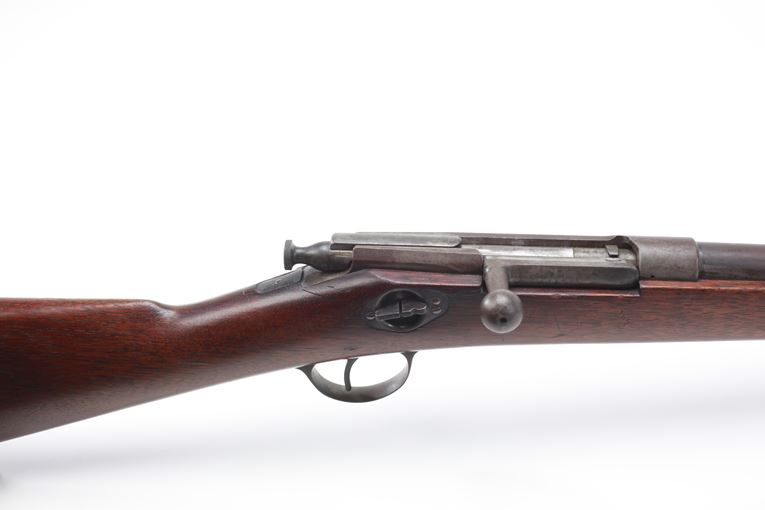 The first Winchester-Hotchkiss rifle models incorporated a magazine cutoff on the side of the stock that regulated the flow of the cartridges from the buttstock magazine. SN 1652