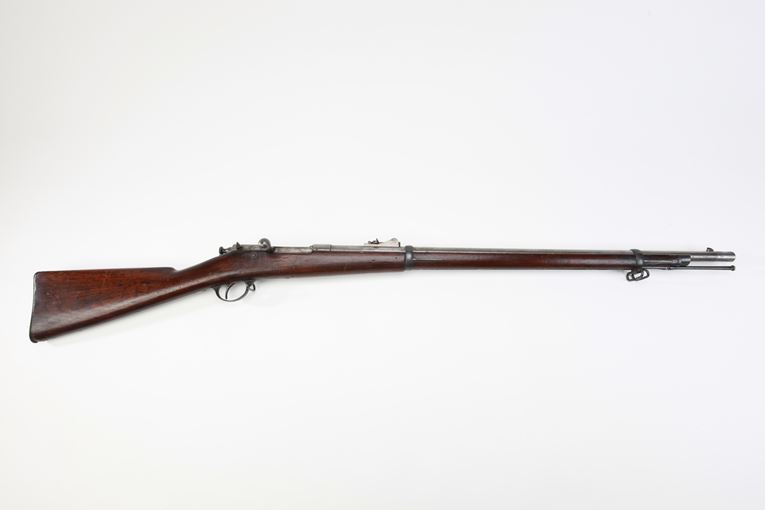 A six-shot repeater, the Winchester-Hotchkiss bolt action could be used as a single-shot rifle, with the cartridges in the tubular magazine held in reserve. SN 5312

The Volcanic's operating mechanism was very similar to that still used today in lever-action repeaters, but the guns were plagued by problems with their self-contained cartridges. These consisted of a hollow-based, powder-filled conical bullet backed by a fulminate primer plate. In addition to problems with velocity due to the limited amount of propellant available, these rounds also had the unfortunate tendency to go off prematurely, sometimes while still in the magazine. A further complication was the Volcanic's lack of an extractor or ejection system. These were not necessary when the ammunition functioned properly, but their lack created additional problems in case of misfires. Consequently, marketing and sales efforts were hampered. In 1857, financial problems forced Volcanic into insolvency.

The company's assets were purchased by Oliver Winchester, who by this time had become Volcanic's president. Winchester reorganized the firm and resumed operations under the name of New Haven Arms Company. Unlike others in the field of firearms manufacture during this period, Winchester's talents lay not as an inventor but as a successful businessman. This success would continue with New Haven, and it extended beyond financial matters to the staffing of the new company.