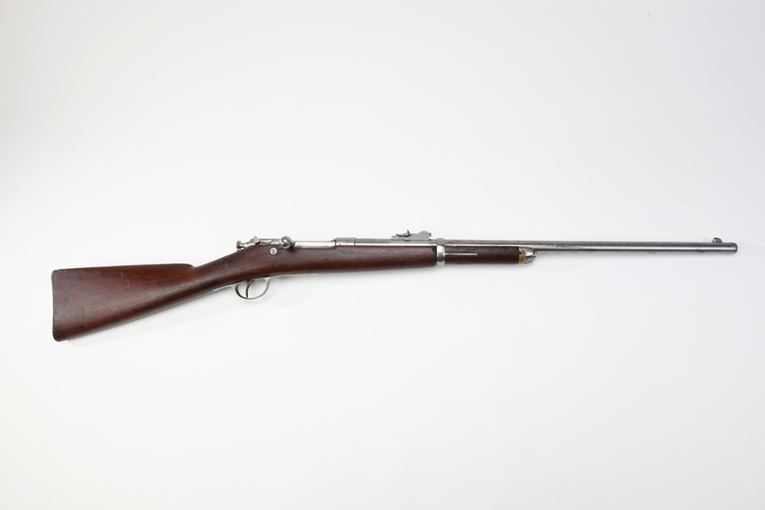 The Indians referred to these arms as "many shots," and "spirit gun," which showed a measure of awe and respect for the products of the New Haven-based company. Many warriors were able to obtain these arms for themselves, and more than twenty of them were used against George A. Custer's 7th Cavalry and their single-shot Springfield carbines at the Little Bighorn in June, 1876. Winchester repeaters also found favor with miners, homesteaders, ranchers, lawmen, and highwaymen. Winchester's success continued with the centerfire Model 1873 and 1876 lever-action repeaters, both of which were available in a range of calibers and optional features. The Model 1886 was a milestone for the company in two respects: it marked the first association between Winchester and designer John Browning, and it was also the first lever-action rifle capable of chambering big-game calibers, including the .50-110 Express cartridge.