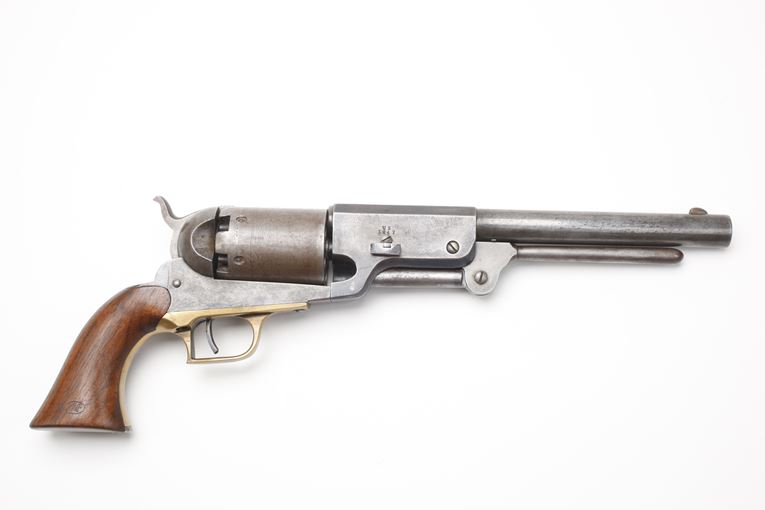 
Once the most powerful handgun in the world, these impressive revolvers weigh in at 4 pounds, 9 ounces. The Walker features a six-shot cylinder with the Texas Ranger/ Indian fight scene engraved on its surface, one-piece walnut grips, a 9-inch part round/ part octagonal barrel with casehardened loading lever, a casehardened frame and hammer. Serial numbers include letters which designate Companies A - E, beginning with number 1 in each group. Colt manufactured 1,000 of these martially-marked specimens in 1847. An additional 100 civilian models, without U.S. inspector markings and in serial number range 1,000 - 1,100 were also made. Of the original production run of 1,100 guns, fewer than ten percent are known to exist today. Many of these are in poor condition and show signs of heavy use and/ or neglect. Consequently, these guns are the Holy Grail of Colt revolver collecting, and many fakes are known to have been produced.