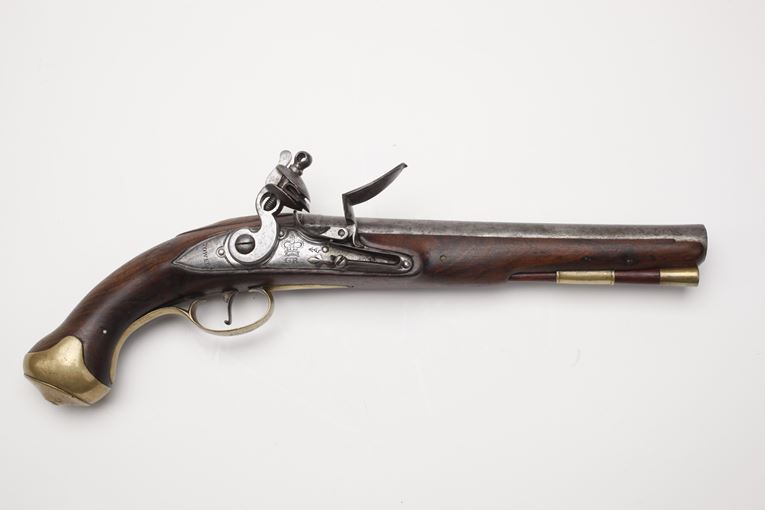 Pistols of this type were the principal British Army sidearm at the time of the Revolution. The Tower of London, where this pistol was made, was a major British arsenal, as well as a royal residence and notorious prison. Many arms of the time were manufactured by gunsmiths according to strict specifications. These were either delivered in final form, or as parts that were later assembled at the Tower or other arsenals.