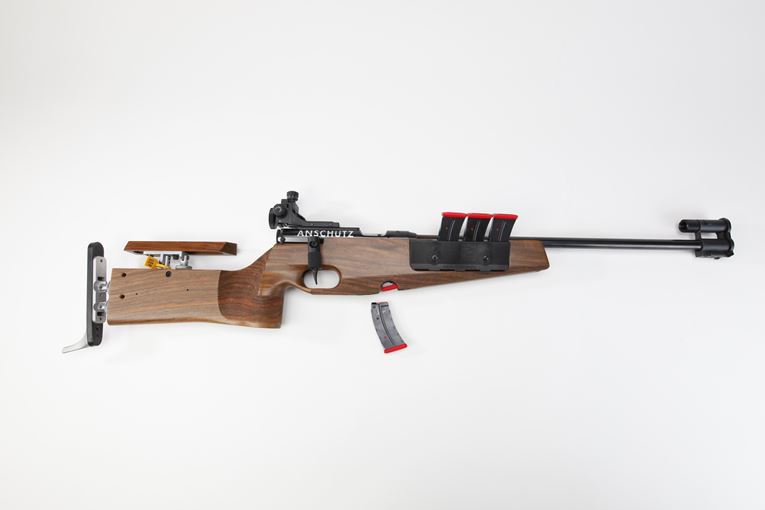 This straight-pull rifle with stock-mounted five-round magazines is designed specifically for Biathalon competition.


This straight-pull biathlon rifle is designed for the competitive sport where shooters must ski a course with periodic halts to fire at targets. Unlike other competitions, the targets are reactive metal discs that fall down when hit. A miss results in the addition of penalty time to a competitor's score. For biathlon competition, shooters carry their ammunition supply in several spare 5-round magazines fitted to the stock.

The carrying sling quickly converts to a shooting sling and back again. To ensure against snow collecting in the sight apertures, both the front and rear sight are equipped with covers. A straight-pull action is preferred in this winter event, where shooters compete not only against time and other shooters to complete a stage of firing, but also against usually frigid conditions, where contestants shoot without gloves.