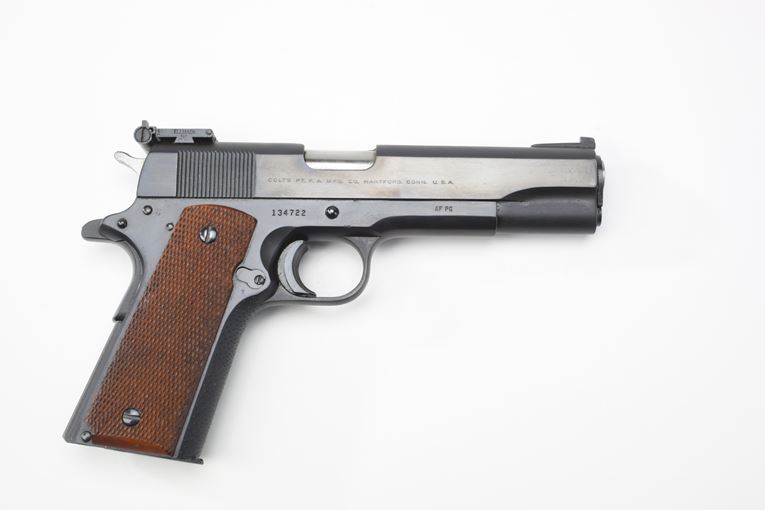 Recently, I ran across a most interesting article penned by Jacob Gottfredson of Guns Magazine, detailing the life of Colonel T. D. Smith.

Here's just a teaser: Col. Thomas D. Smith is a college-educated, decorated Vietnam War Fighter Pilot, Olympic and World Pistol Champion record holder, inventor, photographer, consultant, author and skydiver- without a parachute! That's right - Col. Smith is the lone human to ever free-fall from a plane at an elevation of 5,000 feet and lived to tell about it. Keep reading …

Mr. Smith used to spend boyhood summers with Ad Toepperwein, the great exhibition shooter. He has been an avid hunter for most of his life. Not satisfied with the average scope reticle, he set about inventing an ingenious device to satisfy his own needs. His experience as a fighter pilot coupled with a keen intellect birthed his version of the scope reticle called the "TDS Reticle," after his own initials. Some have taken to calling it the "Christmas Tree." Imagine the triangular outline of a Christmas tree etched onto a crystal lens within a scope. Within the triangle are horizontal bars, increasing in horizontal length from top to bottom. The varying widths of the bars give windage values and the vertical spacing between them allows for bullet drop from 100 to 900 yards.

To date, one can purchase this reticle only on certain Kahles and Swarovski scope models. If you have a deep pocket to purchase these wonderfully made scopes, you can own a piece of Col. Smith's inventive creativity. (Retail starts at $950.)

Col. Smith's book, TD's Tactical Stress Management, is the primary mental training program for a number of United States national shooting champions and at least one world champion. His "Brain Model," derived from thermal imagery, is a brain alignment method for making a perfect shot every time. Prior to his experience in Vietnam, someone recognized Col. Smith's extraordinary shooting gift. It's been said he could shoot a pistol like Van Clyburn, another Texan, could play the piano.

At the U.S. Pan American games, he broke Russia's Idatshin's World Centerfire Pistol record, a record that is today the oldest human-held world record in international sports! Incidentally, the Colt pistol used to set the record was the first military weapon gratuitously awarded to a military member in U.S. history and is the centerpiece exhibit at the National Firearms Museum in Fairfax, Virginia.

In all, Colonel Smith broke 79 world records throughout his career.

But if all of this isn't enough, his adventure on Mount Helmos in Greece tops it all. Strapped to his seat at the center of a USAF C-47 transport, Col. Smith had begun to snap pictures with his Nikon camera of an Italian General seated across the aisle when the plane literally broke apart. Col. Smith found himself suddenly free falling through the air still strapped to his seat and without a parachute. He struggled free from his seat, and as he fell towards the snow-capped rocky mountain some 5,000 feet below, he rolled himself into a ball and told himself he could make it. After several hours of unconsciousness, Col. Smith regained his senses and struggled free from his snowy tomb. Blind, bruised, and broken, he clawed snow from his eyes and found his way to the plane's tail section. Bodies lay strewn about and he began dragging them into the plane's tail.

"Despite his injuries, complicated by partial eyesight and hands frozen into claws-he made repeated trips into the blizzard to gather debris with which to close the gaping hole [in the plane's tail section] and then finished sealing the wind out with two parachutes. He retrieved 14 bundled parachutes which he dragged one at a time into the shelter, clawed them open, peeled ice and snow off the bodies, and covered his patients with parachutes and scraps of aircraft insulation.

"The major discovered his body was stiffening almost beyond control. He realized he could not afford the luxury of sleep as both he and the others would freeze to death if he did not remain awake to keep the parachute covers fluffed up to insure a minimum of airspace insulation to keep out the freezing cold. He then began exercising until he regained the use of his arms and legs. This regimen continued for 48 hours.

"Two of his patients died in the night. Of the three remaining, one was in total shock and the other two were maimed and could not move without assistance. All rescue radios were broken, there was no food or water, and the wreck was hidden from search aircraft by drifting layers of snow and ice. Major [at the time of the event] Smith examined the survivors and decided that another day of exposure and lack of medical attention would result in their death.

"After tying a signal flag to the top of the shelter and securing a signal parachute around his waist, he moved down the ridge in dense fog until he slipped and plummeted down the ridge. This process of falling down ridges continued for 1,500 feet until he broke out of the fog and was able to climb a peak, which was in the clear. The Major sat down, unwrapped the parachute, and held it in the wind and waited. Presently, a C-130 flew by and spotted the red parachute against the white snow. For the first time, rescue headquarters knew in which country the aircraft had crashed."

(The US Sixth Fleet was directed to the Grecian Coast and helicopters from the USS Forrestal finalized the rescue the following day, 17 January 1966, at 1300 hours; three days and two nights after the accident. Three survivors were placed on stretchers, carried to the helicopter, flown to Wheelus, AFB, and hospitalized in critical condition. Doctors there declared the three would not have survived without Major Smith's care and the risk of his life in a timely bid for rescue.)

Col. Smith was awarded the Airman's Medal for extraordinary heroism by General Bruce K. Holloway, Commander-in-Chief United States Air Forces in Europe. Jacob Gottfredson of Guns Magazine, who wrote a lengthy article (from which I've borrowed heavily), finishes his article with this epilogue:

"I wondered what had happened to TD's Nikon. As it turned out, the camera was located by one of the cleanup crew several days later-some distance from TD's point of impact. Thinking that it must have been damaged, he sent it to the factory. The film was recovered and printed. On it was the photo captured by Smith during the moments of the plane's disintegration. I have that photo. It shows the Italian General amid the implosion of window glass next to him just as the plane broke up."

Before Col. Smith went into the military, which enabled his illustrious, storied career, he attended college on a football scholarship and lettered in Track at what was then called Abilene Christian College [now ACU] located in Abilene, TX.