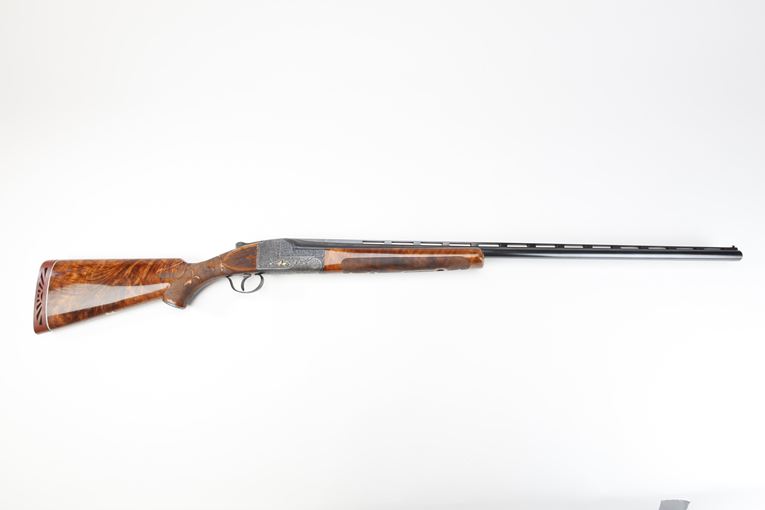 Ithaca's Grade 7E shotgun was the company's top-of-the-line trap gun with automatic ejectors. A total of 22 were manufactured and this example was embellished by engraver William McGraw. McGraw also signed his work on the trigger guard. Featuring a 32 inch vent rib barrel, this shotgun is choked with 0.038 inch constriction.


Ithaca was an arms company that had over the years acquired several competitors (Syracuse Arms, Union Firearms Company, the Wilkes-Barre Gun Company and even LefeverArms), but the firm had built its smoothbore reputation on a line of hammerless doubles that survived the Great Depression. Other shotguns offered by Ithaca included an impressive line of single-shot shotguns intended for trap competition, of which the premier model was the Sousa Grade. This model was developed in conjunction with noted band director and composer John Philip Sousa and incorporated gold mermaids on the trigger guard. A total of 11 Sousa Grade guns were marketed.