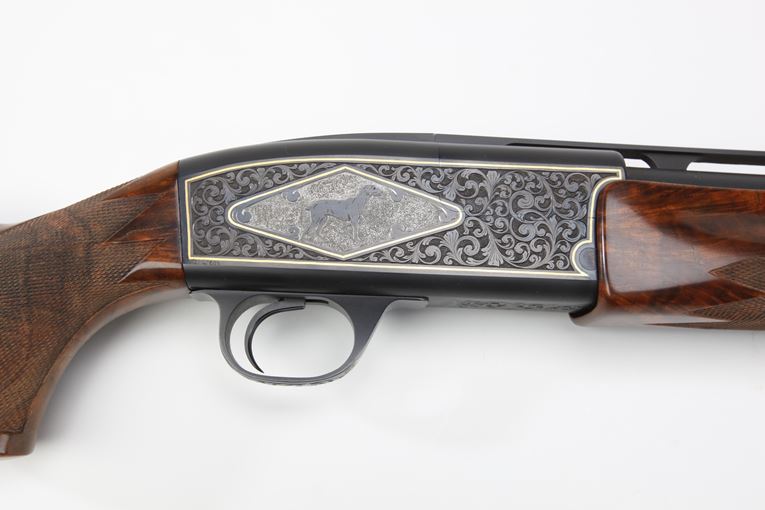 Seitz produced a total of 45 single-barrel shotguns intended for trap competition. This engraved gun is serial number 1. The engraving on this piece was done by Jack West in exchange for two 20 ga. Winchester M12 shotguns.


The Seitz shotgun firm began manufacturing in Portland, OR during the mid-1980s. Their primary product was a well-designed single barrel trap gun offered only in 12 gauge. This shotgun was offered with a variety of options, including a release trigger, which was intended to fire when the shooter released pressure. The company produced only a limited run of guns as a result of the death of founder Tom Seitz in 1989, and by 1993, had terminated production.