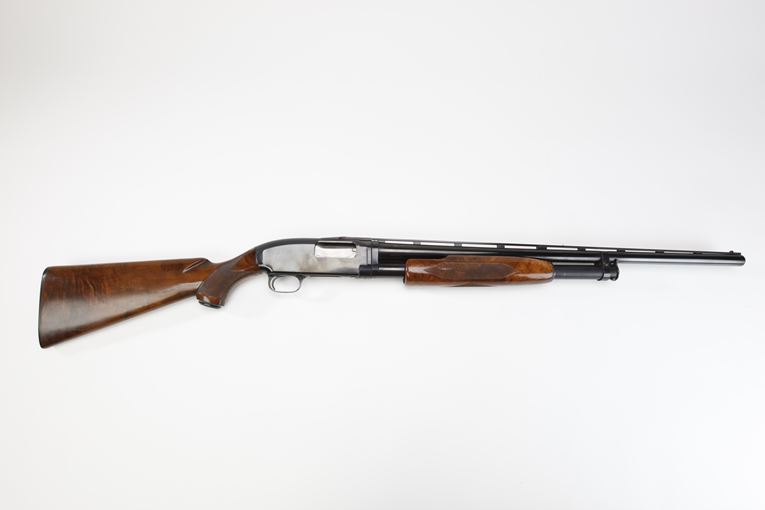 Introduced by the Winchester Repeating Arms Company in 1912, the Model 12 was initially offered at a price of $30. In 1923, Winchester's slogan was "The Greatest Hammerless Repeating Shotgun Ever Built." The Winchester Model 12 Standard Skeet Grade on exhibit was produced in the early 1950s in the then popular 26" length with its distinguishable "duckbill" milled ventilated rib.

Browning moved to Hartford to supervise the manufacture of these guns by Colt and other contractors, but by the time production reached its peak, the war had ended. However, these guns played an important role during the Second World War and other conflicts. Browning's post-First World War military designs included both water- and air-cooled .50 caliber machine guns, and a 37 millimeter automatic cannon for use in aircraft. For the civilian market, he was responsible for the Auto-5 semi-automatic shotgun, the Superposed double shotgun, the Hi-Power semi-automatic pistol, and several other designs, including a .22 caliber rifle with one spring and a single moving part.