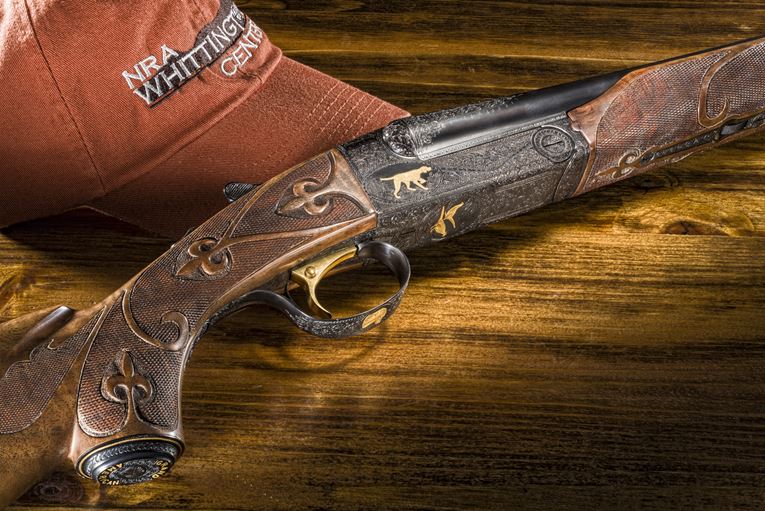 This firearm is on exhibit at the Frank Brownell Museum of the Southwest at the NRA Whittington Center in Raton, NM.

This Winchester Model 21 Grand American was owned and used by George Whittington, Amarillo, Texas attorney and oil man. Whittington was a former President of the NRA and one of central figures in the founding and development of what is today the NRA Whittington Center. He was named to lead a committee charged with finding a location for an NRA shooting and hunting facility. They selected a site just south of Raton, New Mexico and Whittington negotiated the accusation of the land with Kaiser Steel Company. Opened in 1973 as the NRA Outdoor Center it was re-named the Whittington Center shortly after his death. There were only 1,100 Grand American shotgun produced by the Winchester Custom Shop between 1962 and 1980. On Loan From the Panhandle-Plains Museum of Canyon, TX.