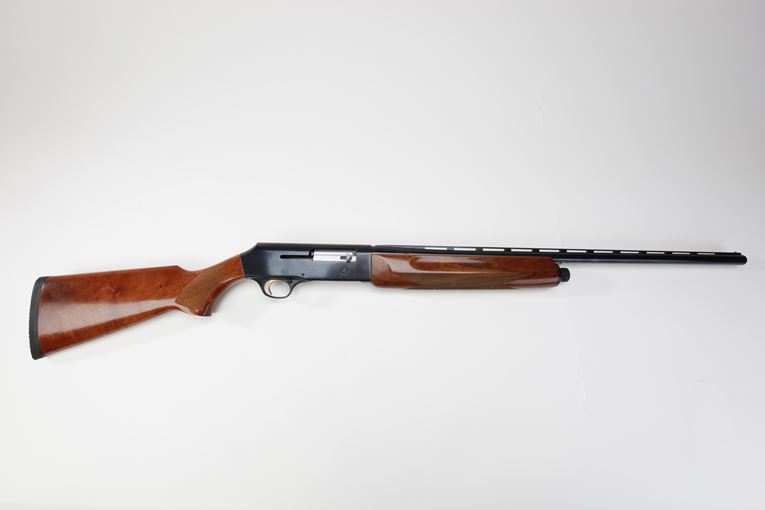 This "international" shotgun was designed in the U.S. and manufactured in Portugal from Italian-made parts.


1980 Browning (U.S.) Model B-80 Semi-automatic Tube Magazine Shotgun (breech-loading/ smokeless powder/ shot ammunition)  Featuring a 12 gauge barrel, a French walnut stock, and a semi-automatic action, this newer Browning-designed gun is smoother in its lines than was the original autoloader designed by the company's founder, John M. Browning (see Case 76, gun #6).  Capable of changing barrels, this gas-operated gun has components manufactured by Beretta of Italy, and it was assembled by Fabrique Nationale in Portugal.

Again, Browning is an international firearms firm whose offices were in Canada and the United States, with manufacturing facilities in Portugal that were owned by a Belgian company.  Unfortunately for the U.S., however, the Browning family sold its control of the company to Fabrique Nationale, and management was shifted to Belgium.  The new directors decided to discontinue B-80 production.     - Dr. William L. Roberts, THE AMERICAN LIBERTY COLLECTION; #185