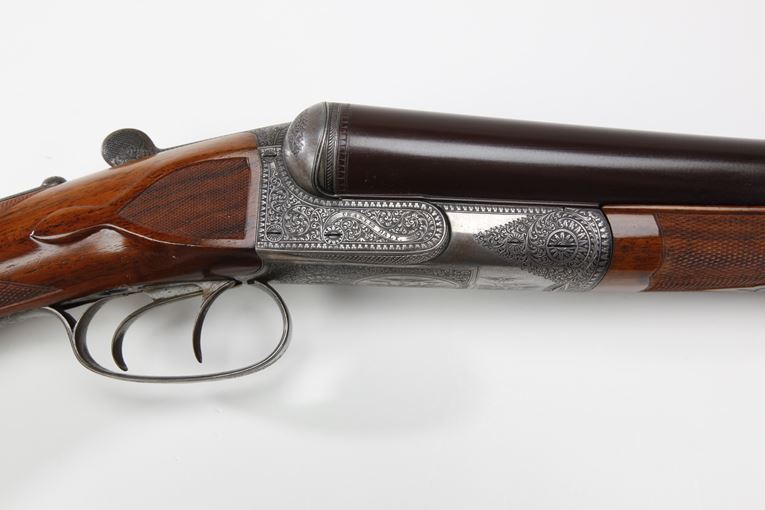 Daly shotguns were made for the U.S. market by several German firms, including J. P. Sauer.


Circa 1895 Daly (Germany) Double-Barrel Shotgun (breech-loading/ black powder/ shot ammunition) Daly-marked shotguns were made for the U.S. market by German firms such as J. P. Sauer, under contract with the New York firm of John P. Moore (established in 1823).  Damascus barrels, such as those used in the Daly, were beautiful.  The introduction of smokeless powder and fluid steel, however, nearly brought their use to an end.

Made by hammering and twisting steel bars around a mandrel, they lacked strength and lightness that fluid steel provided.  Yet, currently they are enjoying a re-birth in Mexico, the United States, and Canada.  Sometimes old ways of hunting prove to be more enjoyable than the new.  This example is of high quality, with a luster about it that most modern shotguns do not have.  Accordingly, old high-quality guns are generally respected in North America.    - Dr. William L. Roberts, THE AMERICAN LIBERTY COLLECTION; #110