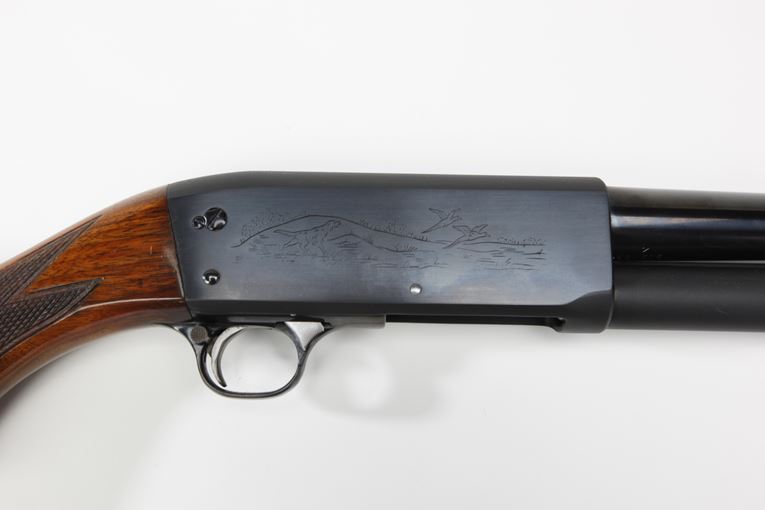 The Ithaca Model 37 was the last slide-action shotgun designed by John M. Browning.

During hard times, these slide-operated shotguns still remained popular because of their dependability and capacity to fire more than two shots.  The 1930s were a time of hardship all over North America, especially in Mexico, where unrest and unemployment drove people north to the U.S. in search of jobs.  Many on both sides of the border were reduced by poverty, and hunting once again became a means of survival.  Pioneer hardships had returned, and Americans were aided once again by firearms during these times of need." - Dr. William L. Roberts, THE AMERICAN LIBERTY COLLECTION; #131