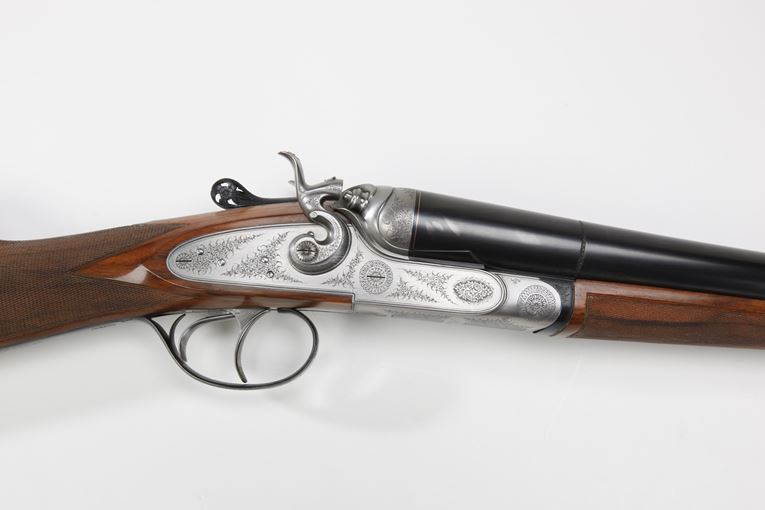 A deluxe double crafted a decade ago from antique parts in Beretta's inventory, this shotgun was proofed for smokeless ammunition and engraved for presentation to a former Beretta vice president.

During the 20th century, Beretta has furthered its reputation as a maker of high-quality shotguns.  These range from simple but functional pump-action guns to highly embellished handcrafted presentation-grade pieces.  The company continues to provide firearms for military and police forces, both in Italy and abroad.  During the First World War, Beretta manufactured a blowback-operated 9mm semi-auto pistol chambered for the Glisenti cartridge.

This was followed by a .32 ACP version in 1922.  Both of these pistols featured internal hammers, but later pistol designs featured an exposed hammer.  Among these are the the M1923, M1931, and Modello 1934, chambered for the 9mm Corto (.380 ACP), which became the standard sidearm of the Italian Army during the Second World War.  Beretta is presently known as the manufacturer of the Model 92FS/ M9 9mm Parabellum semi-automatic combat pistol currently serving with U.S. and other armed forces and law enforcement agencies.