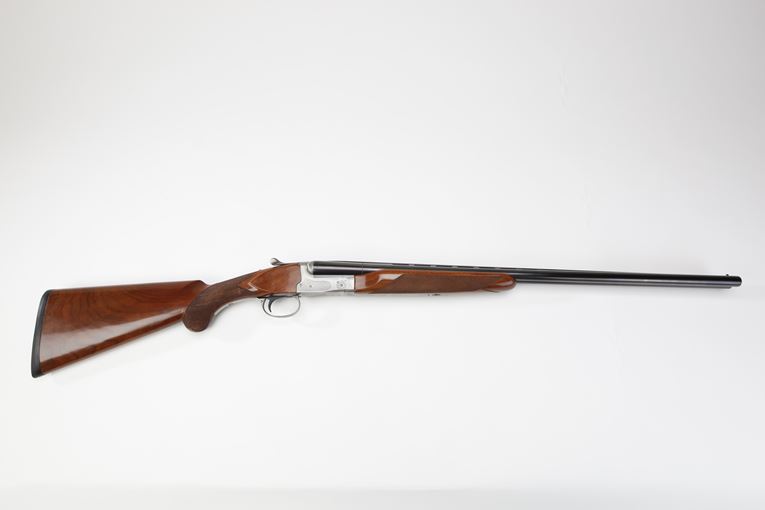 This shotgun is one of many of recent manufacture that have been designed and marketed by American firms but manufactured in Japan.


1979 Winchester (U.S.) Model 23 XTR Side-by-Side Double-Barrel Shotgun (breech-loading/ smokeless powder/ shot ammunition)  Designed in America but built in Japan, this 12 gauge version of the Model 23 XTR reflects a saga of gun development which has always been migrating westward.  Starting in China in the 14th century, the center of gun technological development and major manufacture moved through various locations in the northern hemisphere, gradually circling the globe until it reached Japan.

Accordingly, having begun in China, it now appears that the firearms development movement has made a full circle.  Perhaps a new circle will begin again.  Certainly, comparison of a Model 23 to the crude iron pipes that started firearms technology will give one an appreciation for the continuing growth of creative innovation. - Dr. William L. Roberts, THE AMERICAN LIBERTY COLLECTION; #184