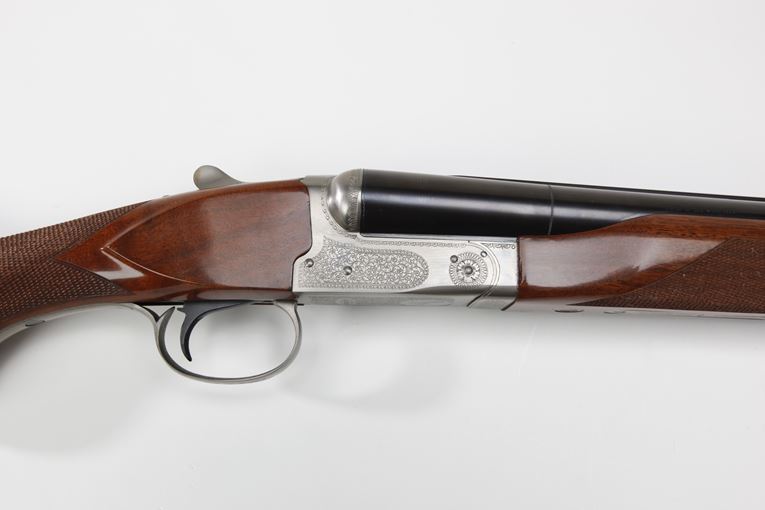 As with many sporting shotguns, the Model 23 XTR was available in various gauges, barrel lengths, and option.


1979 Winchester (U.S.) Model 23 XTR Side-by-Side Double-Barrel Shotgun (breech-loading/ smokeless powder/ shot ammunition)  Introduced in 1979, the Model 23 XTR chambers 12 and 20 gauge shells which are three inches long.  The gun was produced in four different barrel lengths, and it had a single trigger, vent rib, auto ejectors, scroll engraving over a silvery-gray satin finish, blued barrels, and a checkered select walnut stock and forearm.  Imported from Japan by Winchester, its price started at about $1,500 in 1985, and ran to over $4,000.

Once again the trend in place of manufacture went westward across the Pacific, especially as faster means of transportation were developed.  In the case of the Model 23 XTR, even the Japanese were unable to make sufficient profit, and the gun was eventually discontinued.     - Dr. William L. Roberts, THE AMERICAN LIBERTY COLLECTION; #183