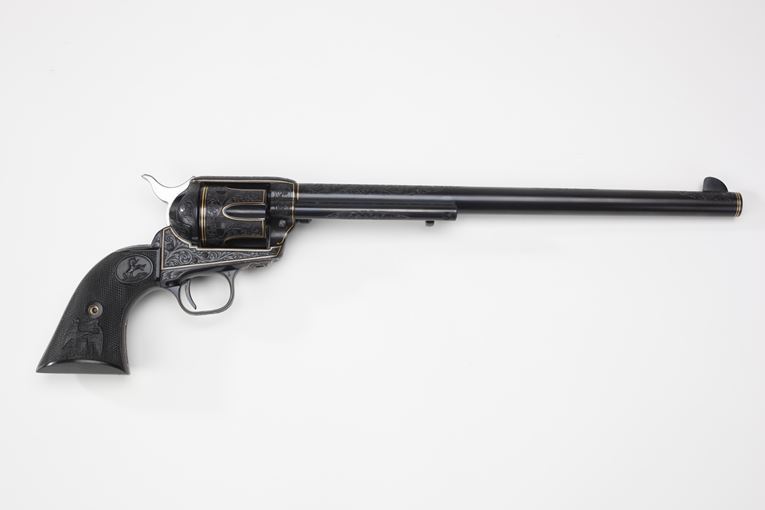 At this point in his life, Colt had an idea but no money with which to proceed on his new career path.   For the next four years, he worked the traveling show circuit as "Dr. Coult of Calcutta."  His lectures and demonstration of nitrous oxide to crowds in the U.S. and Canada provided a source of capital, which was forwarded to gunsmiths who produced working versions of his firearms designs.  In addition to the money he received, this period in his life also provided Colt with  valuable experience in public speaking, marketing, and public relations.     At age 20, Colt gave up touring and, with borrowed money, traveled to Europe to secure English and French patents for his revolving pistol.  Upon his return to the United States in 1836, he also received a U.S. patent.

In March, 1836, Colt formed the Patent Arms Company and began operation in an unused silk mill along the banks of the Passaic River in Paterson, New Jersey.  His first product was a ring-lever revolving rifle, available in .34, .36, .38, .40, and .44 caliber, in which a ring located forward of the trigger served to cock the hammer and advance the cylinder for each shot.   This was soon followed with a revolving pistol.  These five-shot "Paterson" revolvers featured folding triggers, and were available both with and without loading levers in .28, .31, and .36 caliber.  Patent Arms also produced smoothbore revolving carbines and shotguns.