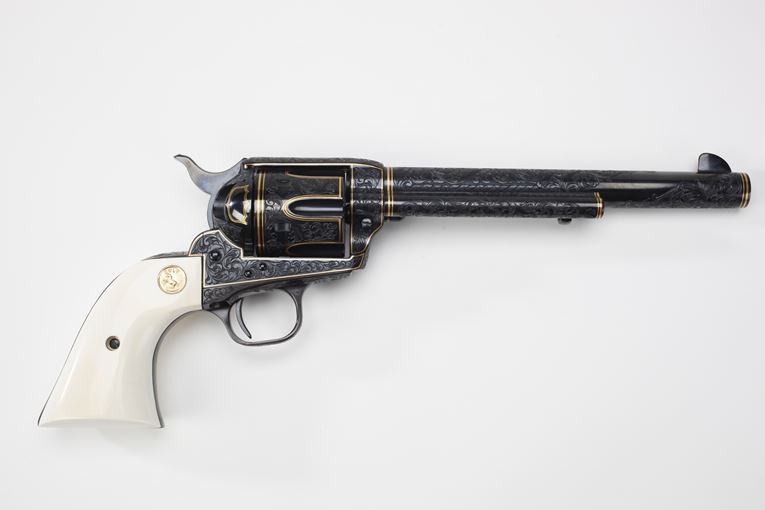 This blued revolver with gold accents and ivory grip panels was manufactured in 1976 to mark the American Bicentennial.  A gold inlaid swooping eagle was engraved on the left receiver side.