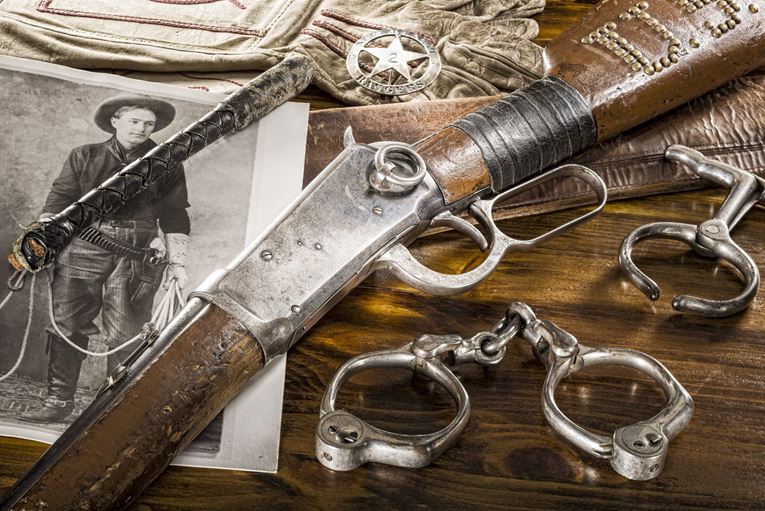 This firearm is on exhibit at the Frank Brownell Museum of the Southwest at the NRA Whittington Center in Raton, NM.

The carbine pictured here was manufactured in 1907 and is chambered in 25-35. The firearm and tools shown belonged to and was used by long-time New Mexico Law enforcement officer Charles Frederick (Fred) Lambert. Born in 1887, Fred was the son of Henri Lambert, Chef to President Lincoln during the Civil War and the owner of the famed St. James Hotel in Cimarron, NM. Fred became involved in law enforcement at the age of 16 and wore many badges including, but not limited to, New Mexico Mounted Patrol, New Mexico Game and Fish, Indian Service and Cimarron Town Marshall.  The carbine and tools shown were used daily by Fred Lambert during his long and storied law enforcement career. On Loan From the Collection of Charles Hornung.