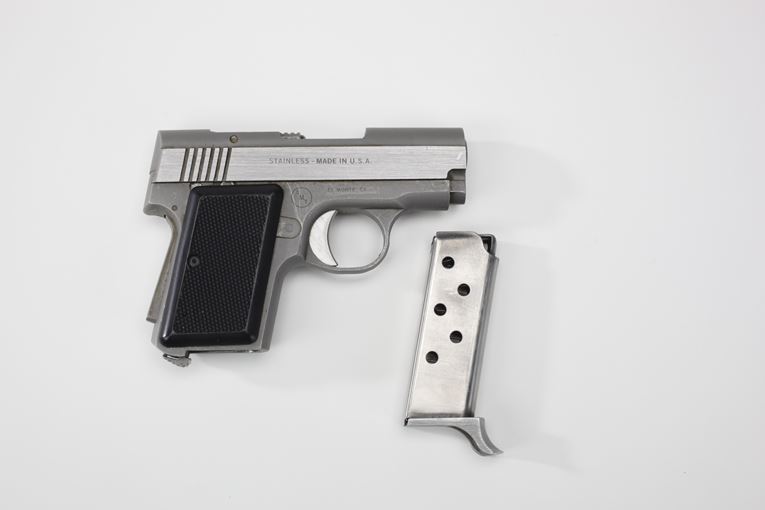 Many law enforcement officers select a smaller handgun for concealment as a backup to their regular sidearm. AMT's compact stainless semi-automatics in .380 and .45 were common choices where rust resistance was considered an issue. SN C 02933


The AMT trademark has been manufactured in several locations over the years. Early guns were marked El Monte, CA and later California-made guns were produced in Irwindale, CA until 1998.

The company shifted to Galena Industries and Sturgis, SD until 2001, with the AMT name and logo gradually being phased out. Beginning in 2004, AMT marked handguns were again being produced by the Crusader Gun Company of Houston, TX, which acquired the old AMT tooling.