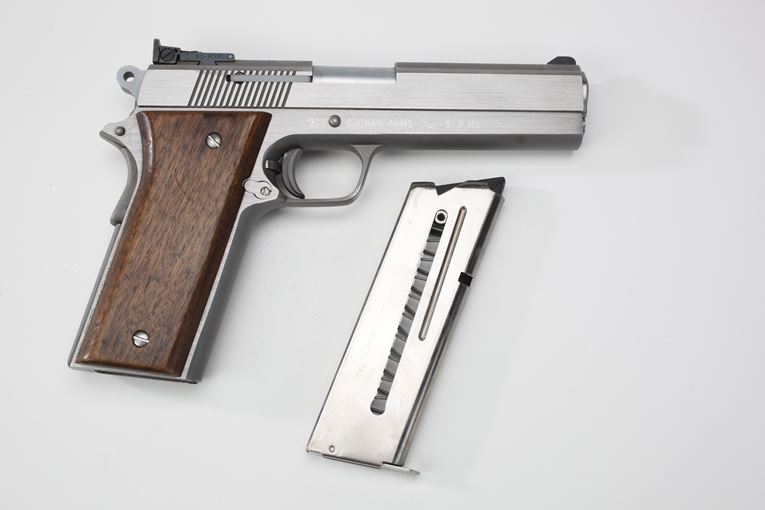 Coonan's semi-automatic pistol was designed to utilize the .357 Magnum cartridge, a round previously employed only with revolvers. The company began offering pistols in 1983, but rising production costs and the departure of part owner Dan Coonan resulted in the company's Chapter 11 bankruptcy filing in 1994. This semi-automatic pistol was carried by a Vermont sheriff in the performance of his law enforcement duties.


Despite innovative engineering and stainless steel contruction, the Coonan line of semi-automatic pistols endured for only a short time on the American market. Many shooters noted that loading the rimmed .357 Magnum cartridge into a semi-auto pistol magazine traditionally intended for rimless rounds could present some feeding problems. Coonan also briefly offered a .41 Magnum variant from 1997 to 1999.