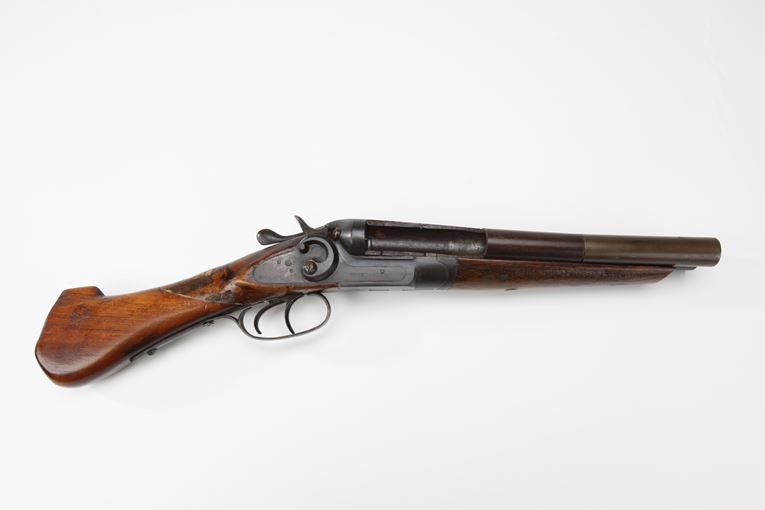 This gun was used in a number of gangland murders in Detroit, Highland Park, and Wayne County, Michigan. The barrels on this short-barreled shotgun were cut and sectionalized to ensure it could not ever be fired again when it was placed in a law enforcement collection.


Framed text accompanying this donation reads, "Grosse Pointe Farms, Michigan Sept. 30, 1936 This gun was used in quite a number of killings here in Wayne County, Michigan by the old Gianolla gang. A man by the name of Bigliotti from St. Louis used this gun. He was the trigger man for this gang. It was used in the Ford Massacre near Wyandotte, Mich. The last man this gun killed was Emmanuel Rogerio at the corner of 12st St. and Eason Ave in the city of Highland Park, Mich. I got this gun from the Homicide Office of the Detroit Police. (Signed) Louis Wisser"