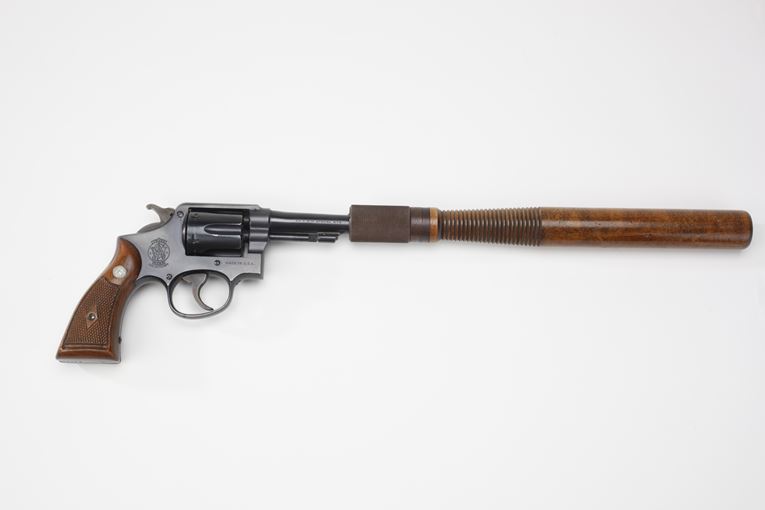 The hollow club extension on this double-action revolver allowed rounds in the cylinder to be fired and then an immediate shift to use of the club if necessary. Intended for law enforcement, the awkward combination of the club extension fitted to the revolver's barrel did not see extensive use by any agency. SN S925795