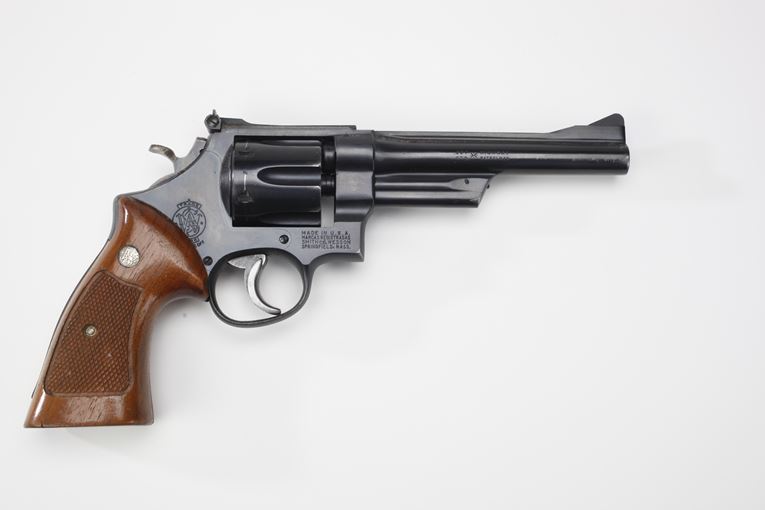 The Smith & Wesson Model 28 or Highway Patrolman was a heavy N frame revolver less finely finished than other N frame models. Intended for the law enforcement handgun market, barrels were offered in only 4 or 6 inch lengths for this model. A dull blue or brushed nickel finish was standard. The Model 28 was made from 1955 to 1986.