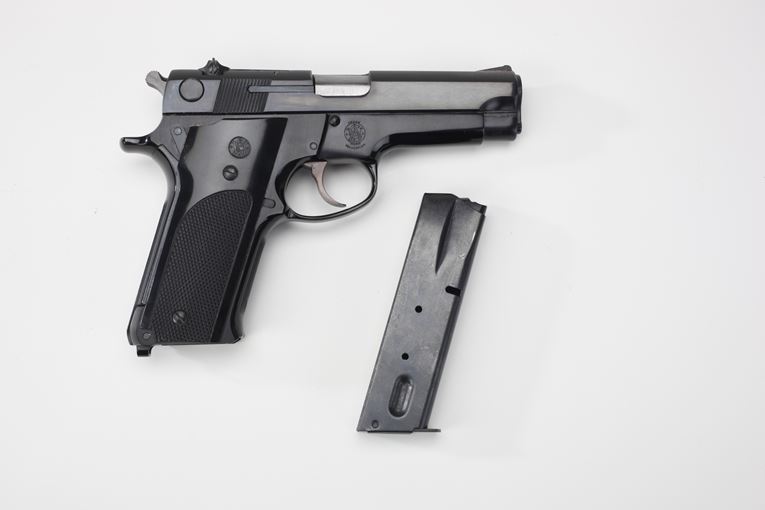 SN A649049. The Model 59, introduced in 1971, is similar to the Model 39 but has a wide grip to hold a double-column magazine of 14 rounds. The Model 39, which holds 8 rounds in the magazine, was introduced in 1957 as the first double-action semi-automatic pistol produced in the United States.