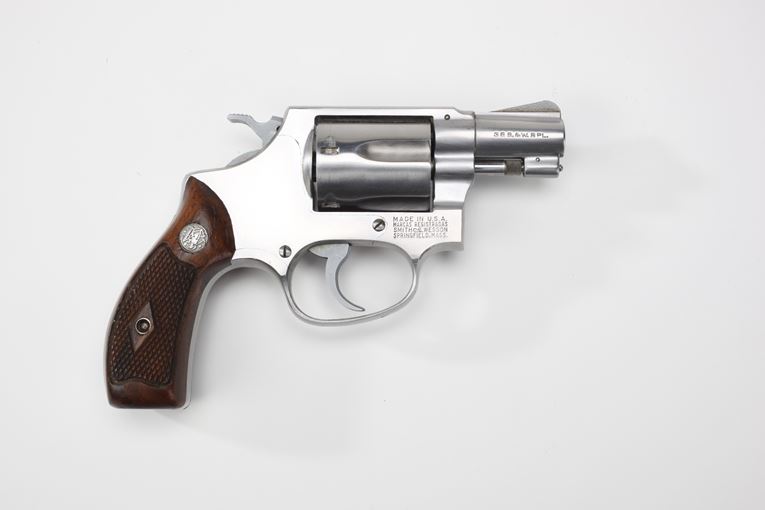 Smith & Wesson ventured into stainless steel revolvers initially with their Model 60 in the 1960s. During the years of the Vietnam conflict, this compact .38 revolver was avidly sought as a backup piece by soldiers deployed overseas due to its rust-resistant composition. SN 491039