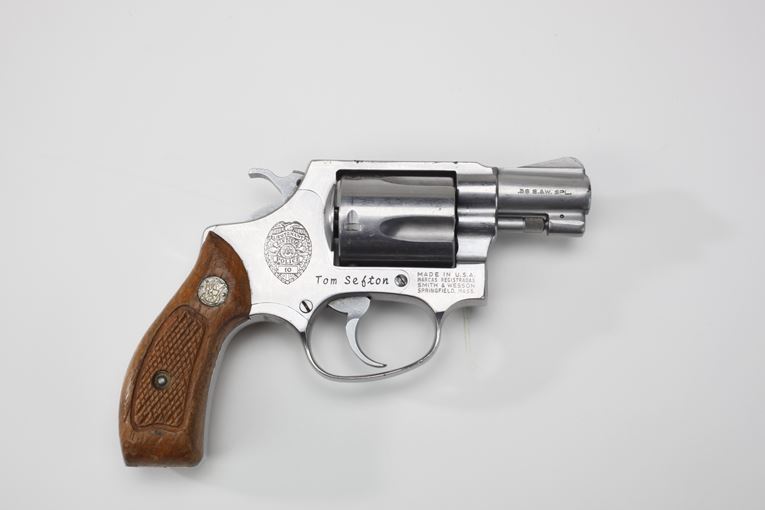 The right side of this Model 60 revolver features an engraved San Diego Police Department Lieutenant's badge and the name "Tom Sefton." The Model 60 was introduced in 1965. This revolver is similar to the Model 36 Chief's Special but in stainless steel.