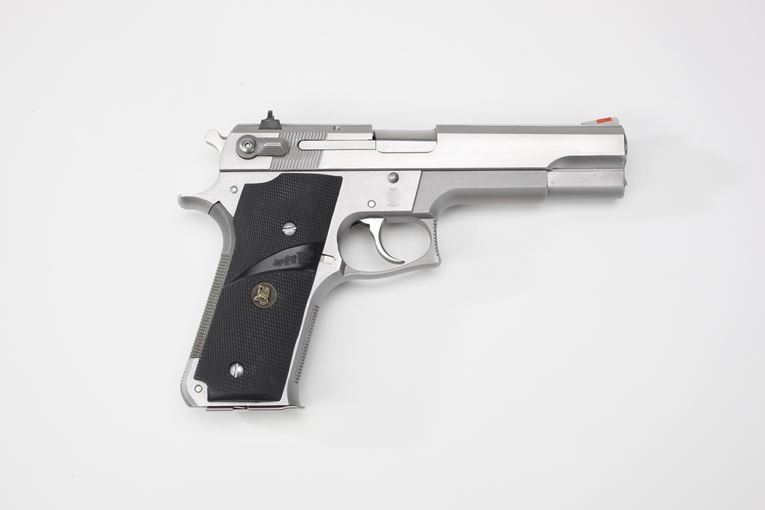 This Smith & Wesson was used by Sgt. Richard Beckman (retired) of the Cloverdale, California Police Department in ending a violent confrontation with a recently-paroled murderer. Sgt. Beckman's actions saved the lives of a fellow officer and several innocent bystanders, including a hostage taken at gunpoint by the armed felon.


Sgt. Richard Beckman (retired) of the Cloverdale, California Police Department was named Police Officer of the Year for 1988 by the International Association of Chiefs of Police for his actions in thwarting a gas station/convenience store hold-up in which a recently-paroled and heavily-armed murderer took a clerk hostage after attempting to run down another officer.

This department-issue pistol was the same one carried by Sgt. Beckman during this incident. His heroism also earned him the Certificate of Valor from the California Department of Justice, selection as Sonoma County Officer of the Year by the Sonoma County Law Enforcement Chiefs' Association, and numerous other accolades, including a personal letter of congratulations from President Ronald Reagan.