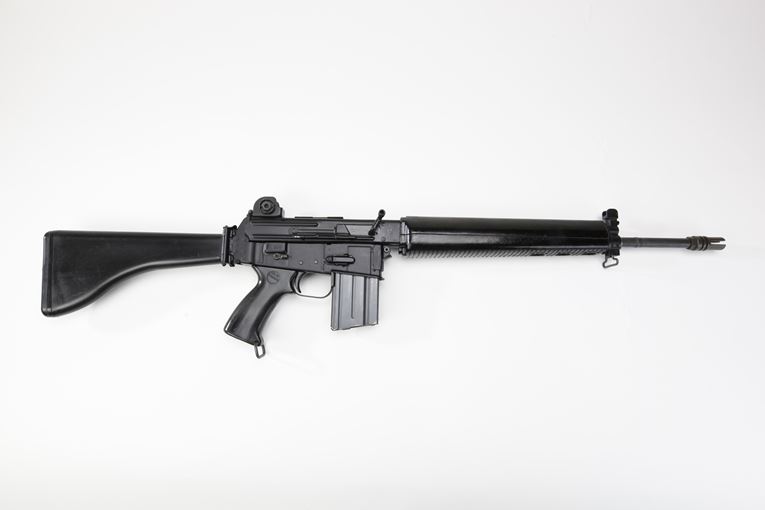 Rifle marked as made in Costa Mesa, CA, but by serial number falls into production range manufactured in Great Britain. Less than 20,000 AR-180 rifles were ever manufactured. The vast majority were imported to the USA for sale from the two firms licensed by Armalite - Howa (Japanese manufacturer) and Sterling (UK manufacturer).


Armalite's AR-180 was a semi-automatic .223 model intended to compete with the earlier AR-15 for the military rifle market. The AR-180 offered an innovative gas piston system and a folding stock as standard, while also providing for an adjunct telescopic sight. Despite these impressive features, the Armalite AR-180 failed to gain any military acceptance due to production issues. The advent of the Vietnam conflict occurred while production facilties were being licensed/transferred to Japan.

Pledged to neutrality, Japan did not permit sales of manufactured munitions of war to any parties involved in this war, meaning Armalite AR-180s could not be fielded. Ultimately, the AR-180 was to be purchased and used by only Botswana and Swaziland for military applications. The British SA-80 infantry rifle owes much of its design and components to the AR-180. With the advent of the AR-180B, a updated version is being marketed by Springfield Armory of Geneseo, IL which now provides the capability of using standard AR-15/M16 magazines instead of proprietary AR-180 magazines.