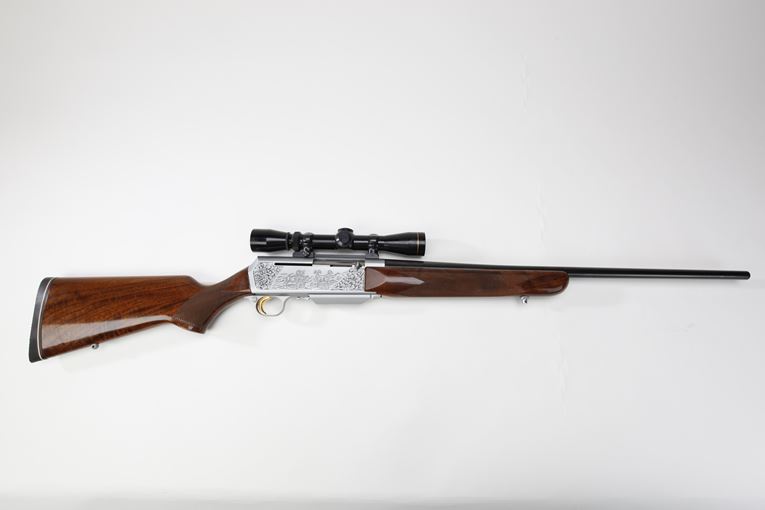 These gas-operated rotary bolt rifles are assembled in Portugal from Belgian-made parts.


1967 Browning (U.S.) Model BAR Semi-automatic Box-Magazine Rifle (repeater/ breech-loading/ smokeless powder/ cartridge ammunition) At times, Browning Arms may truly be considered an international firm. With headquarters in Montreal, P.Q., Canada, and in Morgan, Utah, the company manufactured parts for BARs in Belgium and assembled them in Portugal. The displayed rifle has a satin-finished receiver with a big game scene depicted on it.

This sort of embellishment is somewhat of an anachronism in European countries, but still sells in North America. The gigantic diversity of world-wide firearms suggests that gun development has paralleled the evolving thinking of modern humanity. Human wisdom has become more organized and more diversified in the past 500 years. So, too, has the development of firearms. --Dr. William L. Roberts, THE AMERICAN LIBERTY COLLECTION; #165