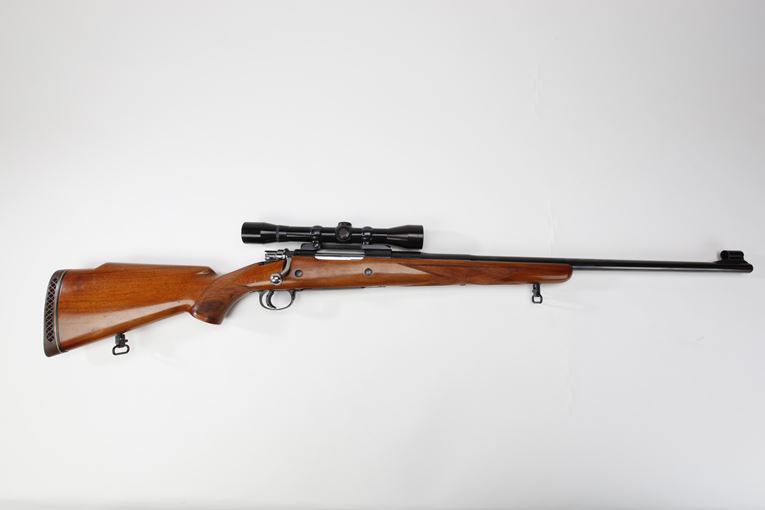 These rifles were offered in a variety of options, including this Safari Grade example. SN L7168


1959 Browning Safari Grade Bolt-Action Box-Magazine Rifle (repeater/ breech-loading/ smokeless powder/ cartridge ammunition) In the late 1950s and early 1960s, lower air fares, an urge to travel, and a healthy economy turned many American hunters into world travelers. Trips to Canada or Alaska for elk, moose, grizzly and polar bears; journeys to Africa for a multitude of large game; jaunts to India for tigers and elephants; all these became common-place.

New designs and larger calibers were now a must. Browning's response to these demands was to issue a Safari Grade rifle of 'African caliber,' namely the .458 Winchester Magnum. This rifle came as a surprise to more traditional big game hunters who thought single- or double-shot rifles were more sporting. The new breed sold well and soon outdistanced its older rivals. Eventually, however, costs caught up with the Safari, and it was replaced by a cheaper model. --Dr. William L. Roberts, THE AMERICAN LIBERTY COLLECTION; #154