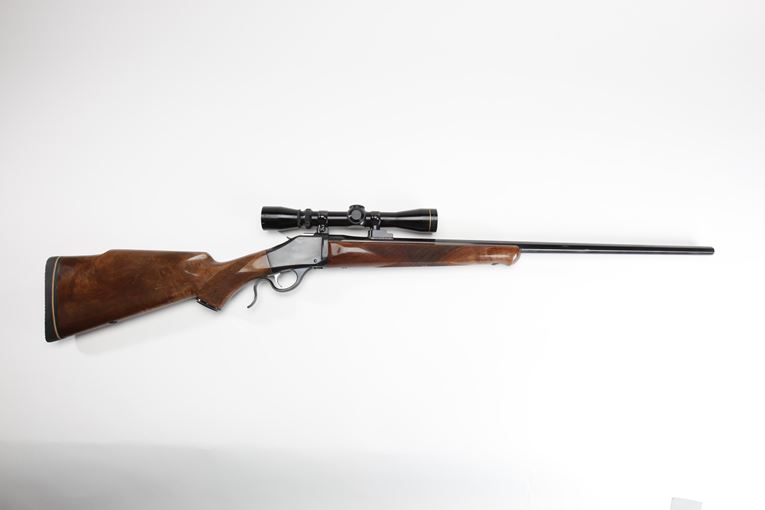 
Browning (U.S.) Model 78 Lever-Action Falling-Block Rifle (single-shot/ breech-loading/ smokeless powder/ cartridge ammunition) When hunting, every society approaches the act in a culturally different way. Produced in 1974, this lever-action exposed-hammer gun reminded the buying public of its past. Sales of this model climbed, showing that many hunters, especially in Mexico, rural Canada, and the western United States still enjoyed a hunt in which either the first shot hit, or the hunter went without.

This rifle's falling-block action also appealed to the same sort of hunter. Chambered for the .30-06 deer cartridge, this gun tended to make its owner a better hunter because bucks or rams rarely allow the hunter a second chance. After initial sales success, however, the cost of manufacture also caught up with the Model 78, and it was discontinued. --Dr. William L. Roberts, THE AMERICAN LIBERTY COLLECTION; #173