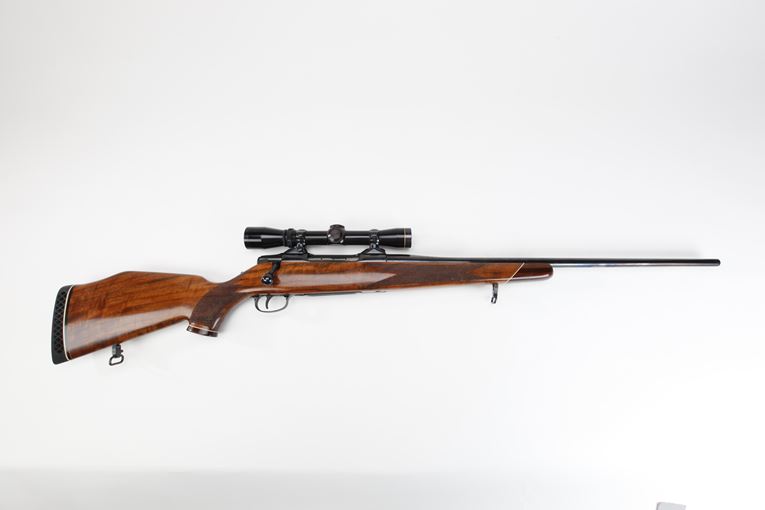 These high-quality rifles were manufactured in Germany by the firm of J. P. Sauer & Son. SN CR12262


1971 Colt-Sauer (U.S./ Germany) Bolt-Action Box-Magazine Rifle (repeater/ breech-loading/ smokeless powder/ cartridge ammunition). Colt Arms has designed and produced rifles for military and civilian use since 1835. Introduced in 1971, the Colt-Sauer was a top-of-the-line model for civilian use. It was manufactured in Germany by J. P. Sauer & Son, an old-time arms maker. This combination of American and German talents focused only on a small segment of world market potential.

The fine design of this rifle almost assured its continued, though relatively small, sales. Colt made many types of guns and still attempted to maintain a high standard of quality. However, the Sauer rifle could not compete economically and was therefore discontinued in 1985. In the realm of modern arms, Colt has tended to remain traditional. This attribute can become a disadvantage if public tastes change too rapidly. --Dr. William L. Roberts, THE AMERICAN LIBERTY COLLECTION; #168