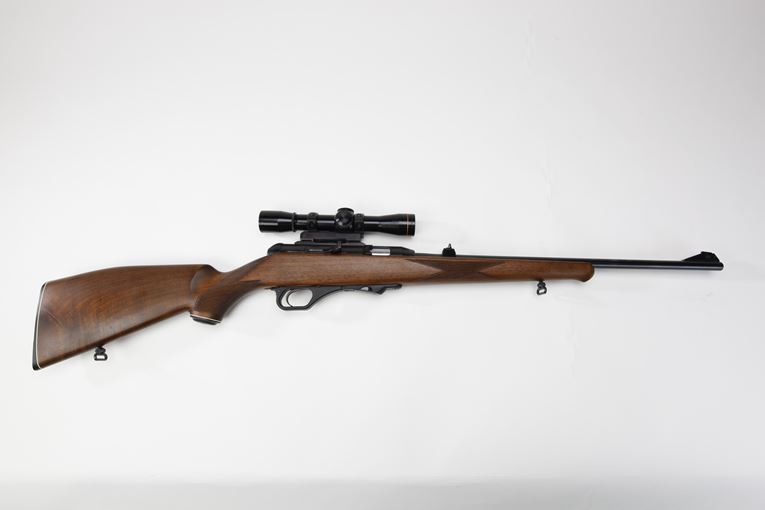 These sporting rifles were based on H&K's successful military designs.


1970 Heckler & Koch (Germany) Model 300 Semi-automatic Detachable Magazine Rifle (pressed metal/ repeater/ breech-loading/ smokeless powder/ cartridge ammunition) This rifle is another example of Heckler & Koch's advancing technology. It works on an energy transfer system to reload automatically after each pull of the trigger. This system is essentially that used in H&K's military rifles, but this civilian model features warm wood and a softened shape intended to impart a non-military appearance.

These changes make this rifle acceptable in civilian markets without requiring changes in manufacturing tool design. The same tools that produce military arms also produce civilian rifles. This strategy has made H&K a tough participant in world competition for sales. It has also shown that American gun buyers do not fear advanced technology per se; rather, it is their cultural perception of what is 'proper' or 'improper' that is of concern. --Dr. William L. Roberts, THE AMERICAN LIBERTY COLLECTION; #167