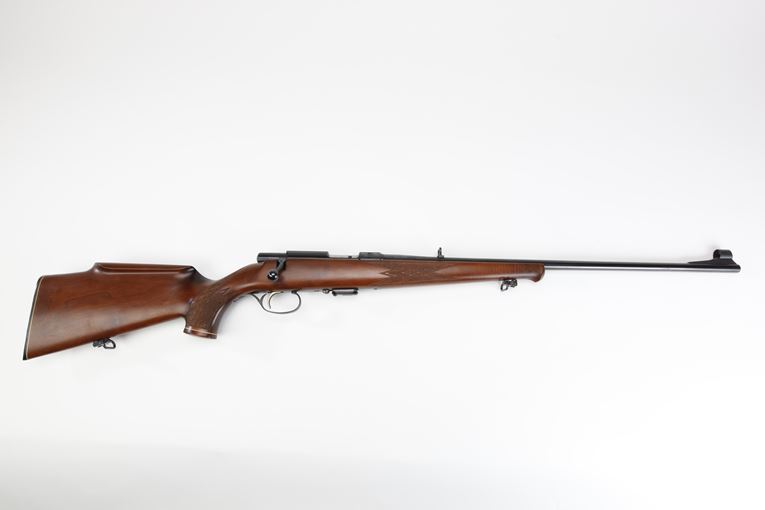 These rifles were manufactured in Germany by Anschutz and marketed in the United States through Savage.


1964 Savage-Anschutz (U.S./ Germany) Model 54 Bolt-Action Detachable Magazine Rifle (repeater/ breech-loading/ smokeless powder/ cartridge ammunition) Using a combination of German manufacture and U.S. marketing, the Savage and Anschutz companies joint-ventured to produce what neither could do separately. This illustrates a phenomenon that has been growing in America since World War II. Joint ventures such as this one are prevalent.

So, too, are uses by American companies (Browning, for example) of foreign manufacturers to produce goods for world consumption. Lastly, foreign firms, such as Heckler & Koch and Beretta, are selling directly to Americans or to the U.S. government. These patterns are constantly changing as new opportunities appear and old ones fade. Unfortunately, the Savage-Anschutz venture followed the latter pattern, and was discontinued due to cost. --Dr. William L. Roberts, THE AMERICAN LIBERTY COLLECTION; #163