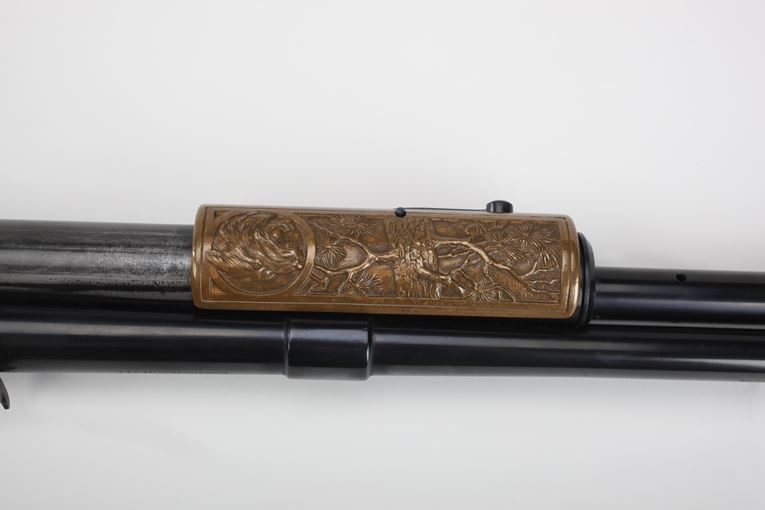 Estimated production of this unusual rifle is believe to have been near 12,000 units. Versions were offered chambered in .25-35, .30-30, and .35 Remington. This gas-operated rifle can also be operated as a slide-action by closing the gas port. SN 5389


Standard Arms Co. (1909-1911) and Standard Arms Manufacturing Company (1912-1914) are the two known barrel markings for this arm. A Camp Model rifle capable of firing .50 caliber buckshot or round balls was also made in very limited numbers. Two primary production versions are documented - a Model G (or H) a gas operated rifle with manual slide action with switch at gas port and a Model M - the plain manual sldie action rifle. The magazine tube on the Model M ends halfway down the barrel.