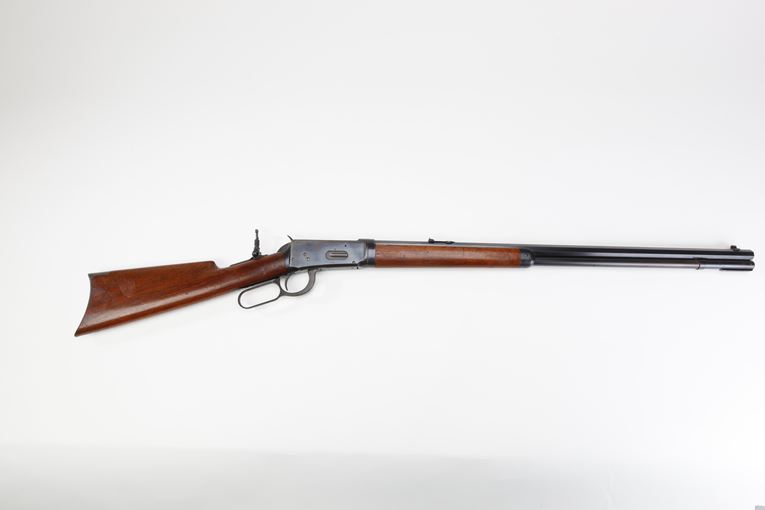 Over five million Winchester Model 94 rifles have been manufactured since their introduction. SN 68354


Winchester (U.S.) Model 1894 Lever-Action Tube-Magazine Rifle (repeater/ breech-loader/ smokeless powder/ cartridge ammunition) Originally manufactured for smokeless powder, the Model 1894 Winchester has been chambered primarily in .30-30 caliber. It has been used for both hunting and self-protection. Also, sheriffs in the United States and law men in Mexico found uses for the rifle, which was the most successful center-fire ever produced.

The original John Browning design has never been changed. Some consider it to be the ultimate lever-action repeating rifle. In any event, it was the ultimate and last of the Browning-designed tube-magazine lever-action rifles. The great inventor was now beginning to turn his talents toward semi-automatic and automatic gun design. Browning would father a whole new generation of these firearms. --Dr. William L. Roberts, THE AMERICAN LIBERTY COLLECTION; #109