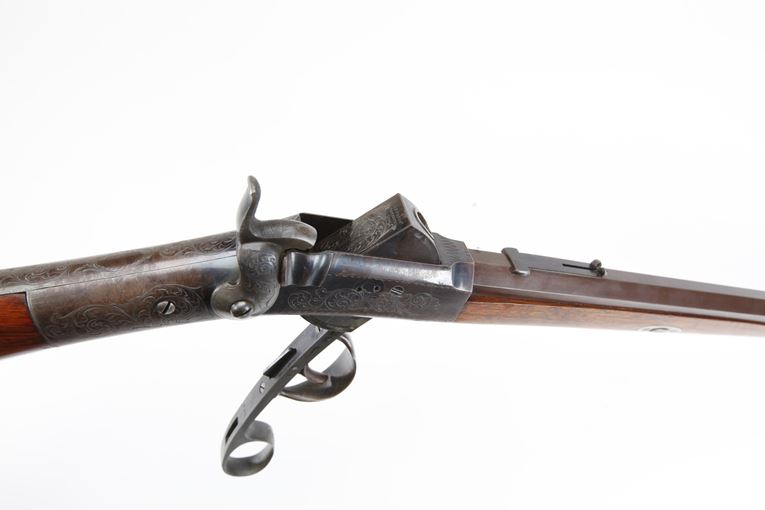 Alonzo Perry received an order for 200 breechloading carbines that were purchased by the US Government in 1855. This civilian sporting rifle is based on the same design as his military carbine. An unusual feature of this design was the automatic percussion cap reservoir in the buttstock, which fed a percussion cap to the cone as the action was operated. SN 488