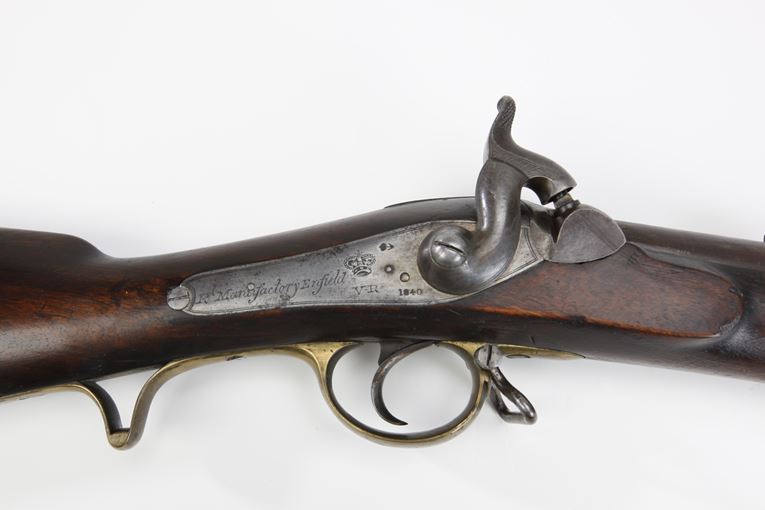 The weapon was introduced to replace the Baker rifle which had replaced the Brown Bess and weighed from over 9 to over 10 pounds WITHOUT its bayonet attached, depending on the pattern. The weapon was described as inaccurate and difficult to load but remained in production for about 50 years (1836 to 1885)and was used in both England and assorted colonies and outposts throughout the world. The first bulk order of 1000 rifles was given on October 25, 1837. In January of the following year, it became apparent that 600 of these would be required urgently for Col. BrownÕs Battalion of the Rifle Brigade and that the Enfield factory would not be able to supply them in time. Thus the whole order was put out to the trade in London at a charge of 38 shillings per rifle.