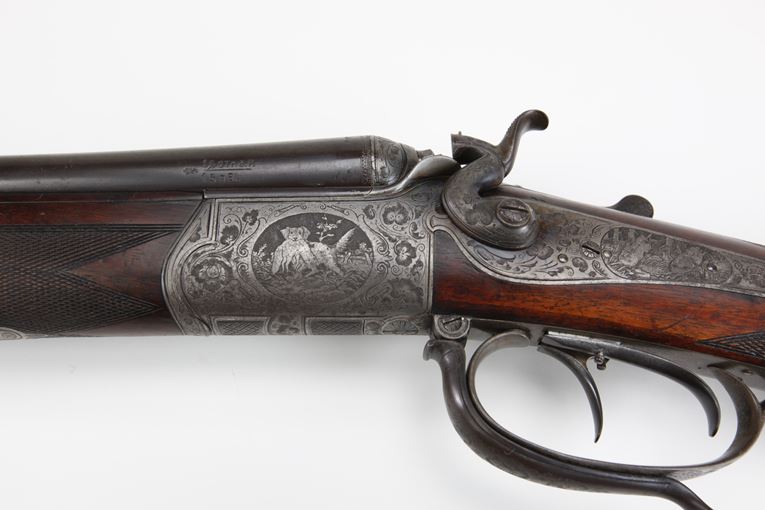 Drillings, with their combination shotgun/ rifle barrels, can be used for hunting a variety of game.


Circa 1890 Ed Kettner (Germany) Drilling (repeater/ breech-loading/ black powder/ cartridge-shot ammunition) This drilling, which came to Mexico before 1900, was designed to take on almost any typical game. Its single shotgun barrel can handle birds, while its two rifle tubes will bring down deer. Such guns are not widely popular in the United States and Canada, where most hunters seemed to prefer specialization in hunting firearms. This latter mind set arose out of a local plentitude of most game a hunter might choose. In constrast, Mexican hunters had to go after anything available because animals were scarce. Once again, it may be seen that environment (in this case physical) influences gun design. --Dr. William L. Roberts, THE AMERICAN LIBERTY COLLECTION; #106