Field Ibbottson Side by Side Percussion Shotgun 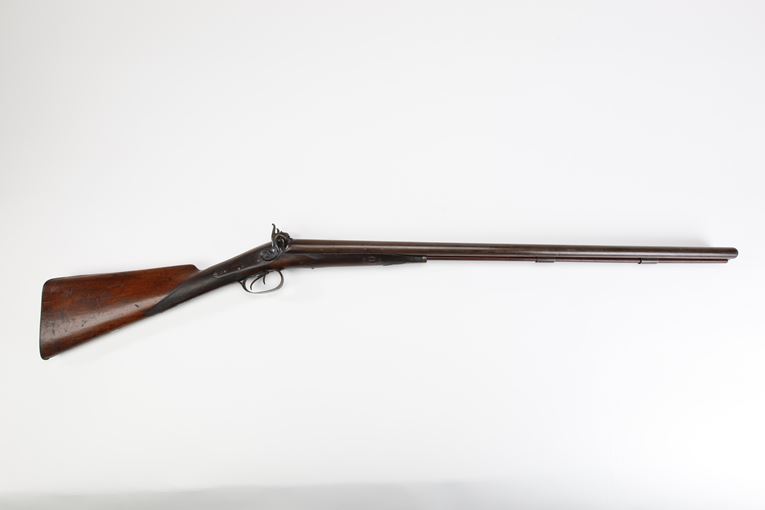 In Great Britain, many armsmakers produced firearm models for the trade that were marketed by other firms. Often these "market guns" were proofed and labeled as being built in London, a more prestigeous point of origin. But in reality, many were assembled in Birmingham from imported parts.


Circa 1840 Field-Ibbottson (U.S.) Percussion Double Barrel Shotgun (muzzle-loading/ black powder/ shot ammunition) Manufactured circa 1840 by Field-Ibbottson & Co. for C. H. Wheaton, this double barrel shotgun represents itself as being LAMINATED STEEL INDESTRUCTIBLE BY GUNPOWDER." Naturally, the "gunpowder" referred to is "black powder," the more potent "smokeless" powder having not yet been developed. Most shotguns manufactured in America were not made for the same purposes as were those in much of Europe. The former were essentially used to hunt for food, while the latter were used to hunt sporting game. Both, however, were useful tools of their society." --Dr. William L. Roberts, THE AMERICAN LIBERTY COLLECTION; #50