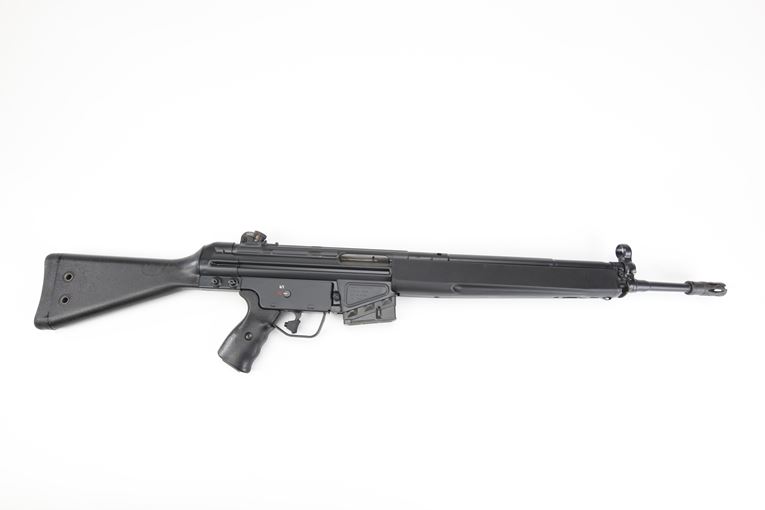 The HK-91 is a semi-automatic civilian version of Germany's main battle rifle, the G3. Like its military counterpart, the HK-91 features a fluted chamber to aid in cartridge obturation during firing. SN A017895