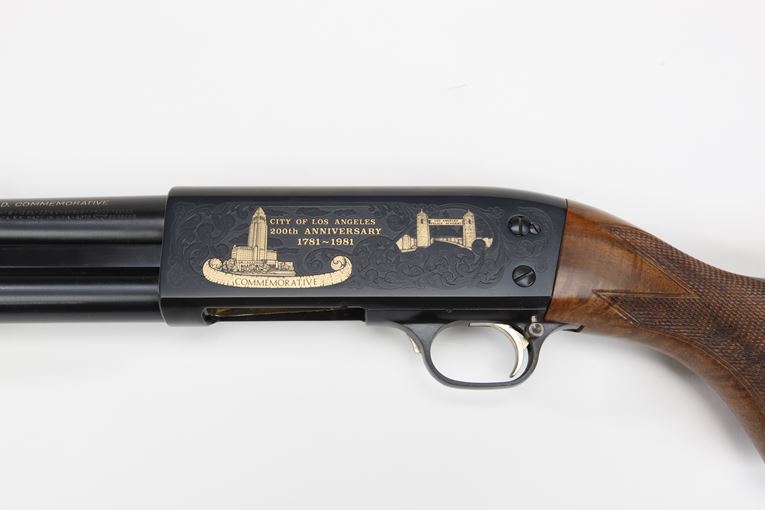 This gun is the last produced example of the 1,320 City of Los Angeles 200th Anniversary Commemorative shotguns and marked the end of production for this model in 1985. Not until 1996 did Ithaca decide to recommence manufacturing the Model 37 shotgun, with production continuing through 2005.


Ithaca's shotgun lineup once included semi-automatic, single-barrel, side by side, and pump-action models.