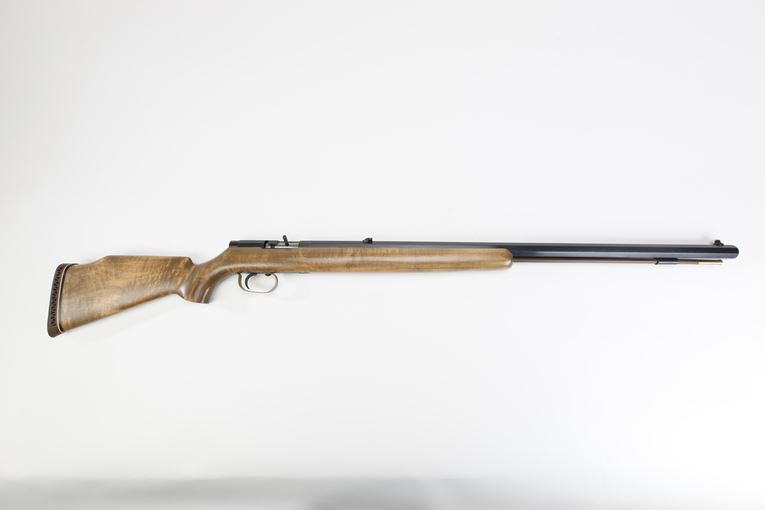 Although somewhat similar in appearance to a modern bolt-action rifle, this in-line percussion muzzle loader employs a shotgun primer as an ignition source. The Wolverine was made from 1978 to 1991 and was offered in .45, .50 and .54 calibers. A total of 5285 pieces were made, including five 20 gauge shotguns and a limited number of .58 caliber rifles. The Silverwolf variation with stainless steel construction had an "SS" marked in front of the serial number. Twenty-six special order guns were also built with custom stocks, lefthand actions, or special barrel lengths.


Michigan Arms existed until 1991. In addition to their rifles, this company also manufactured a .380 pistol modeled after the Walther PPK called the Guardian and a copy of the M1911A1 .45 pistol.