Parker Brothers 02 Grade Side by Side Hammer Shotgun 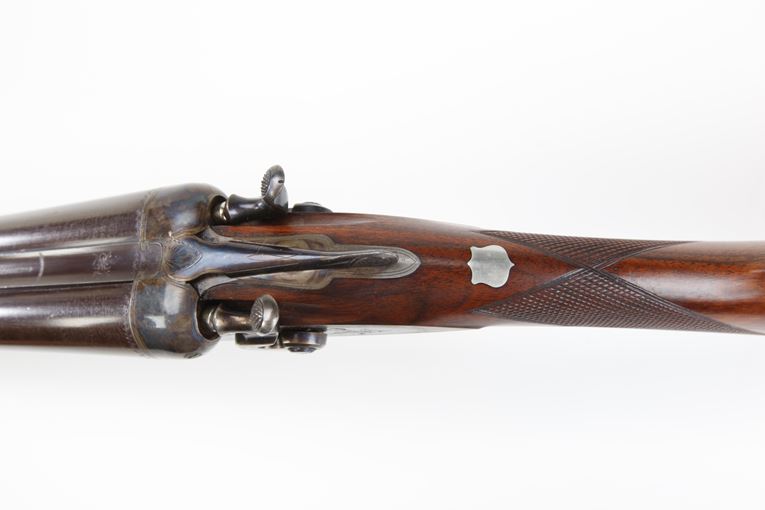 In post-war years, this firm altered muzzle-loading military rifles utilizing the Miller's breech-loading patent of 1865. Soon afterward, Parker brought his sons Wilber and Dexter into the business, forming the firm of Parker Brothers for the purpose of manufacturing side-by-side sporting shotguns featuring a lifter-type action. Charles A. King, a former designer with Smith & Wesson, later reworked the earlier Parker designs and replaced the lifter action with one that featured a top latch. King also designed the first hammerless Parker. Another series of design changes occurred in the early years of the 20th century, when James Hayes patented a revised cocking system that greatly reduced the number of parts used. The addition of a single trigger, a ventilated rib, and a beavertail fore end, all took place during the 1920s, virtually completing the evolutionary process of the Parker. Parker Brothers remained in business from 1867 until 1934, when the firm was acquired by the Remington Arms Co. Parker shotguns continued to be manufactured in Meriden until 1938, when production moved to Remington's Ilion, New York facilities. Both the Parker name and line were discontinued in 1942. Nearly 243,000 guns were produced during this period.